EN: Unfortunate 5th place at the end of the year for Car Collection Motorsport!

Home / Blog / EN: Unfortunate 5th place at the end of the year for Car Collection Motorsport!
In
Blog News

For the season finale of the Intercontinental GT Challenge, the Car Collection Motorsport team traveled to South Africa with two Audi R8 LMS GT3, just before the gates of Johannesburg. The venue was the Kyalami Grand Prix Circuit and as with all major races this year, the weather with heavy rain mixed up the already exciting race.

Even if the field of the 9H Kyalami was very manageable with only 12 cars, it offered no less quality. Ten of the cars mentioned were purely factory cars from Audi, Bentley, BMW, Honda and Porsche and the field of participants was like a world championship. For the first time, Peter Schmidt’s Car Collection Motorsport team will be there. An Audi R8 LMS GT3 with Audi Sport drivers Mattia Drudi, Christopher Haase and Patric Niederhauser was used for Audi Sport. But they brought a second car with them. On this one, Milan Dontje, Martin Lechman and Dennis Marschall shared the work in the cockpit.

It was clear right from the start that the race this year would be a 9-hour sprint marathon. Accordingly, the team were already working in this direction in the free test and training sessions and they could already position themself promisingly for the Qualifying session. After the three sessions, the Audi R8 LMS GT3 #44 from Audi Sport Team Car Collection took 5th place and was the only Audi to make it into the pole shootout. Here, the six fastest cars should fight for pole position again. After the 15-minute session, Christopher Haase took 4th place, behind the turbo-powered cars from Honda, Bentley and BMW.

The sister car with the number 45 and Milan Dontje, Martin Lechman and Dennis Marschall started the race from 12th place. Marschall placed the privately entered Audi R8 LMS GT3 in 8th place in the first of the three qualifying sessions. Lechman, for whom the 9H Kyalami was only the 6th race at all, prevailed against the other remaining gentlemen drivers in the field in his qualifying and placed in 11th position. However, Dontje had to compete against 11 factory and professional racing drivers again and placed 12th.

Right at the beginning of the race, the high level of power density was evident and so the top priority was to drive every lap to the limit without making a mistake. The Audi R8 LMS GT3 #44 from Drudi, Haase and Niederhauser did this most impressively and so the trio was the only one in the field that could catch the dominant Honda at the front and put it under pressure. Until about 1 hour and 20 minutes before the end the heavy rain began. Even after switching to rain tires, Mattia Drudi continued to catch up with the Honda, but then he spun on aquaplanning and fell back to 5th position. Shortly afterwards, the race was neutralized with a full course yellow period, which then lasted until the checkered flag fell.

Milan Dontje, Martin Lechman and Dennis Marschall drove their own race against all of the factory teams. Except for a little ride into the gravel bed and the onset of rain at the end of the race, it was an unspectacular and almost flawless race for the trio. In 11th place, the three drivers saw the checkered flag and won the Silver Cup. 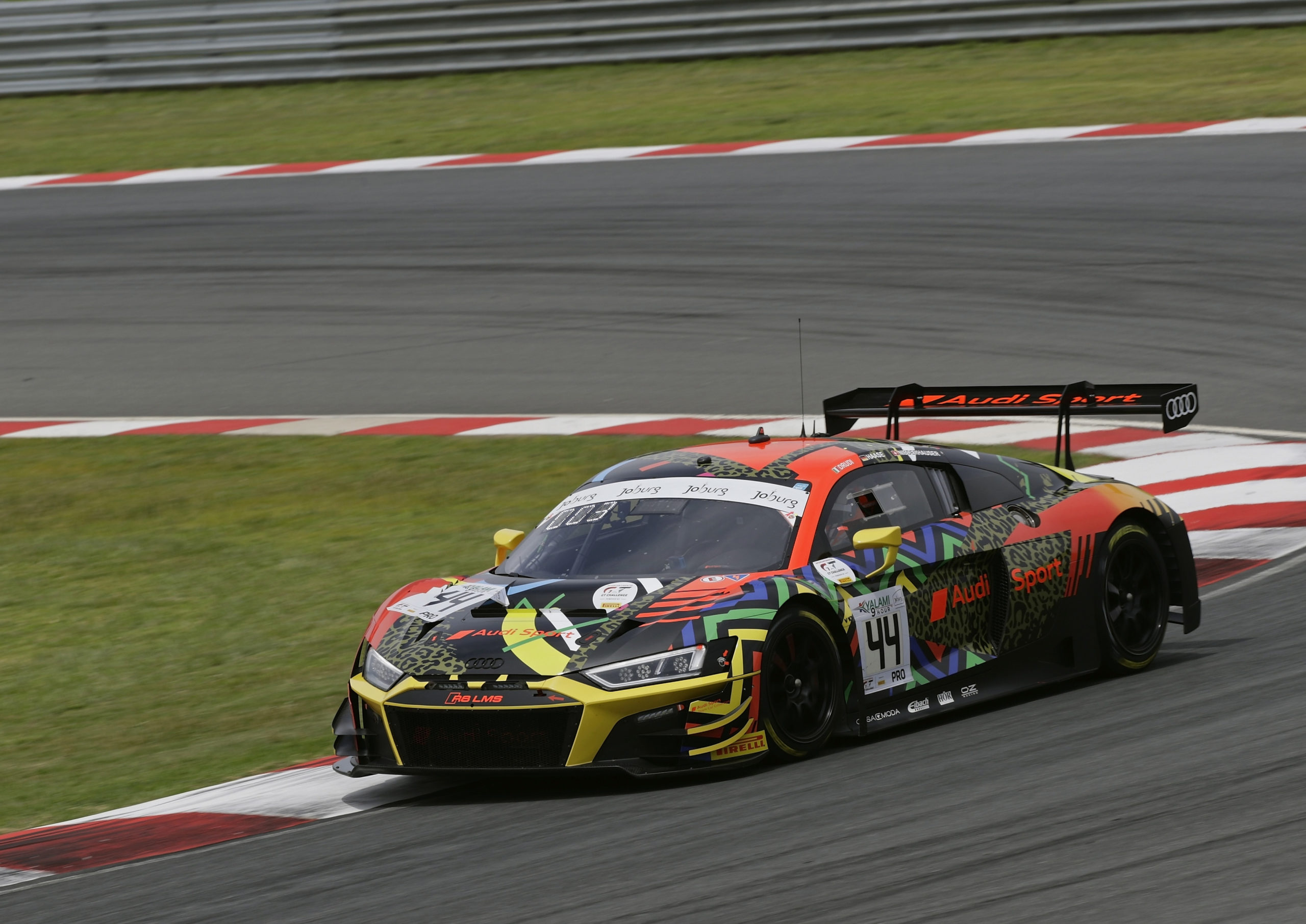 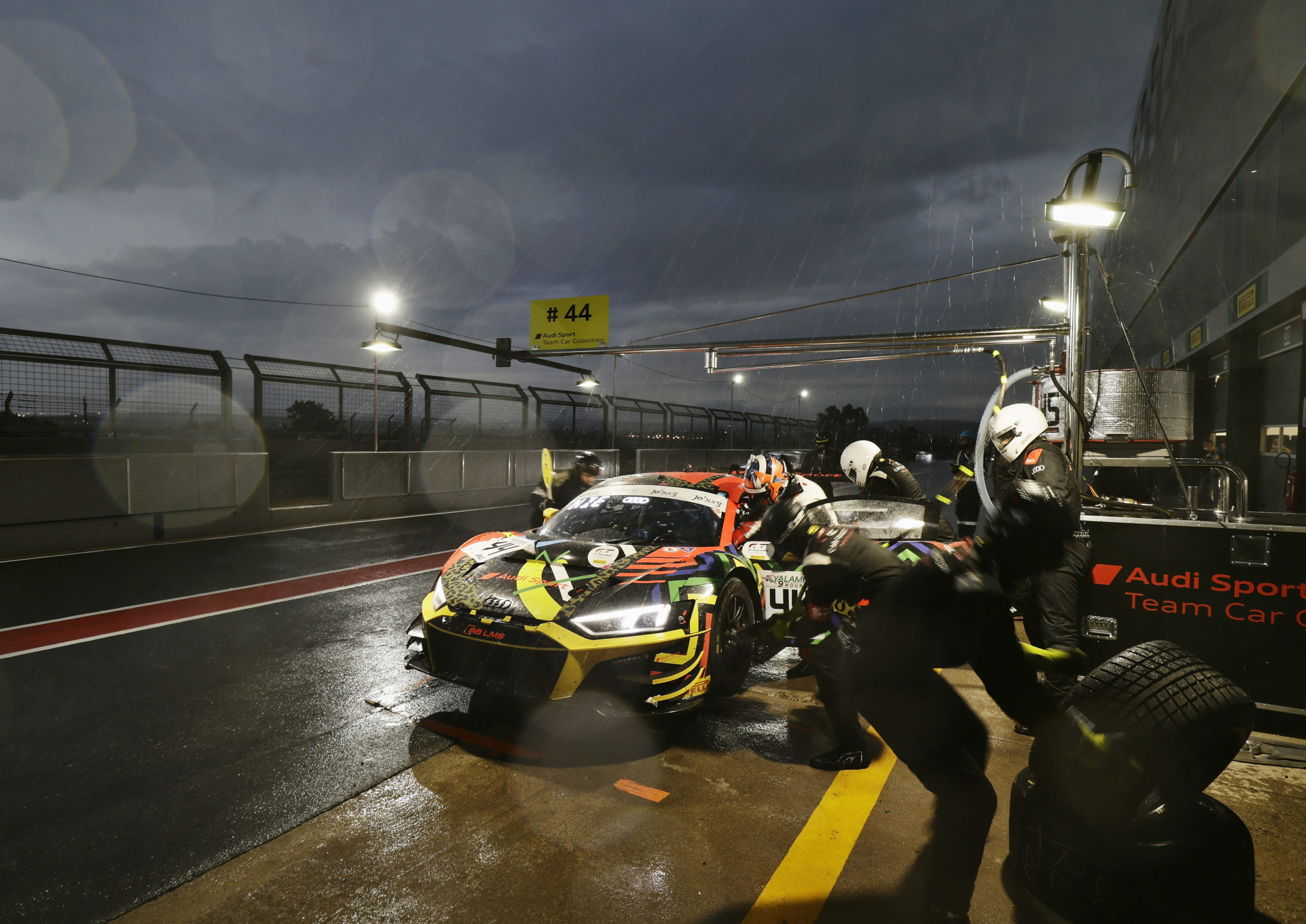 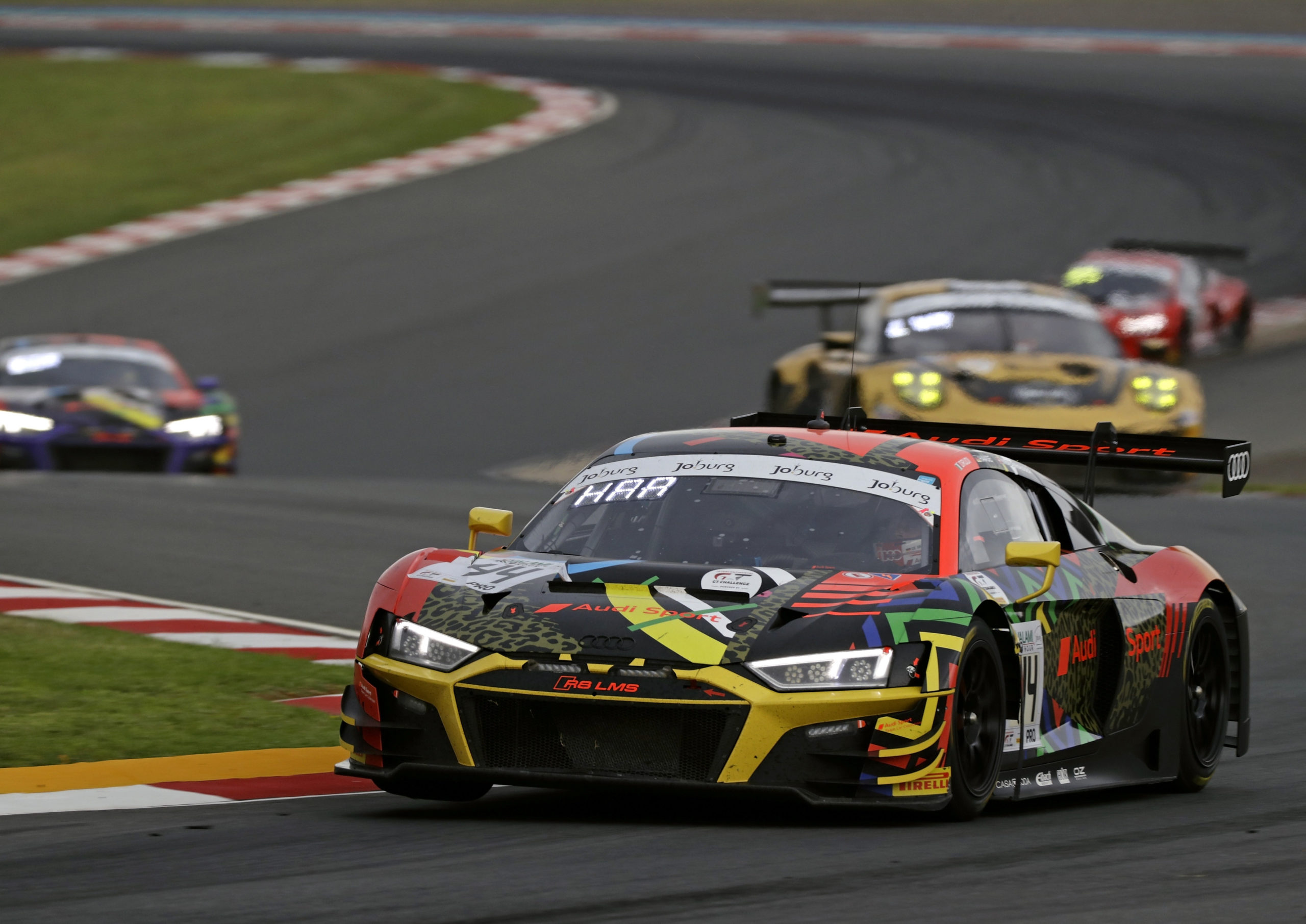 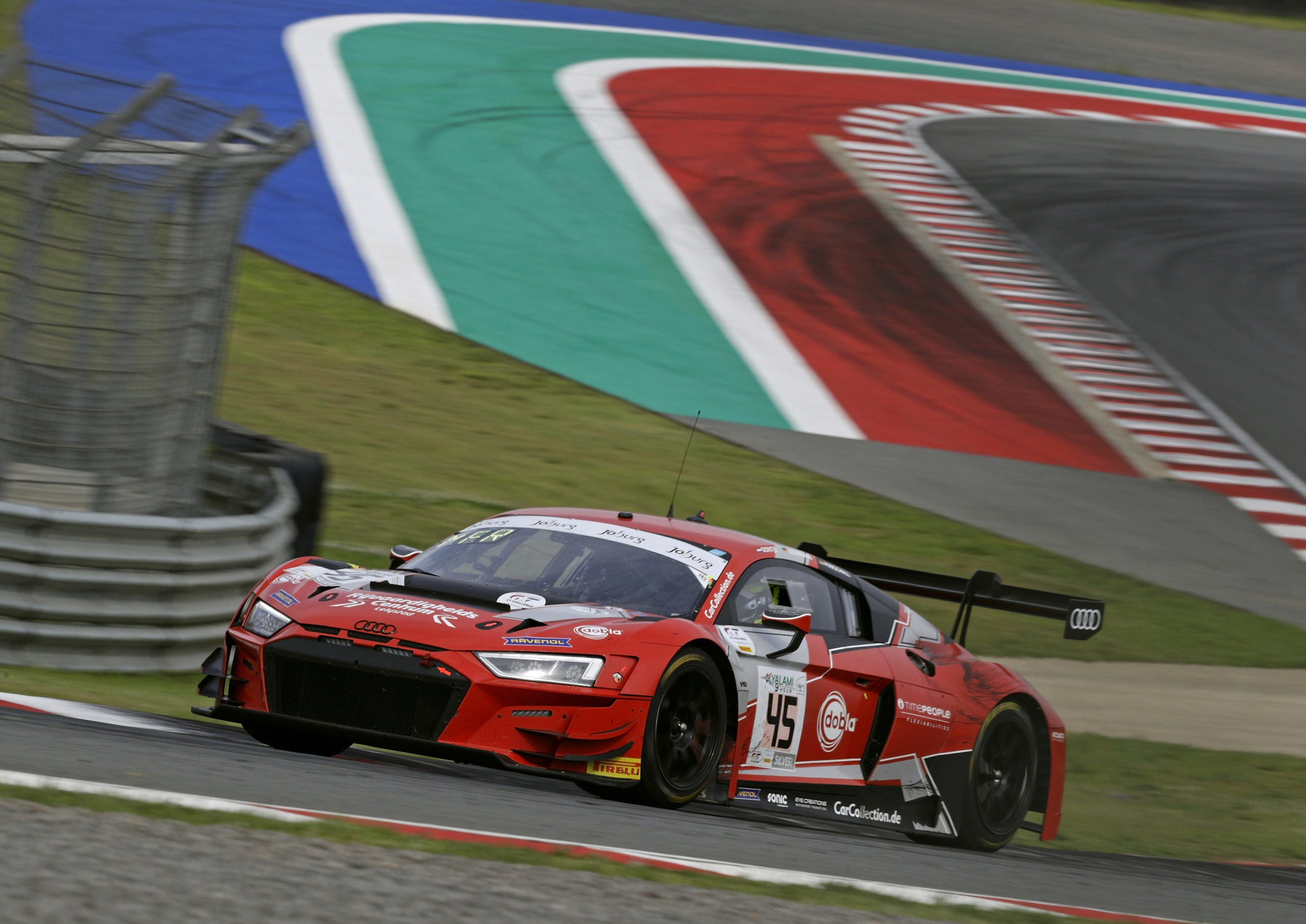 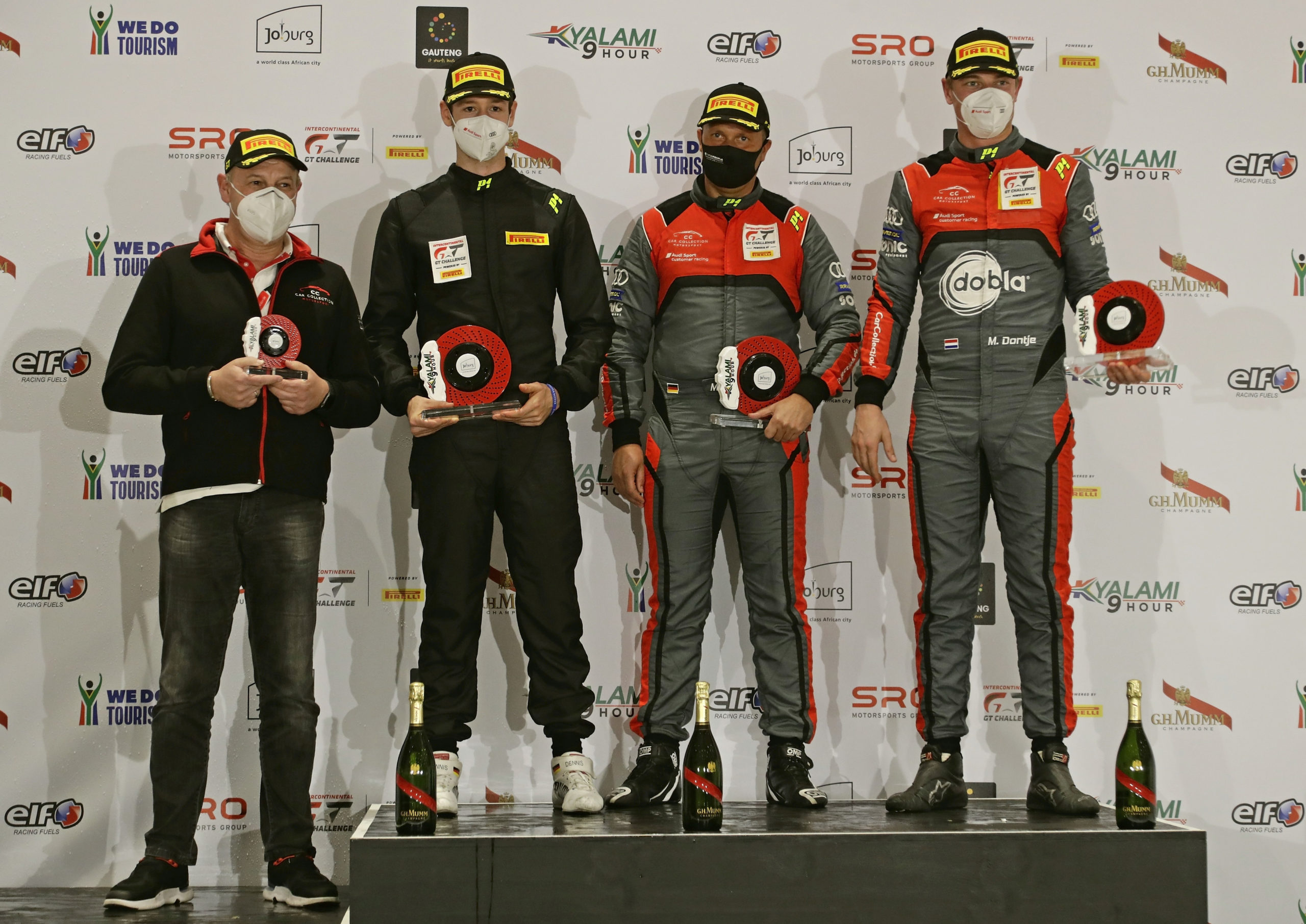